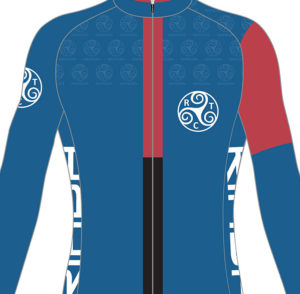 Riada Triathlon Club was formed in 2016 and is affiliated to Triathlon Ireland. We are based in the Ballymoney area of County Antrim, Northern Ireland and cater for athletes who compete at a variety of levels in this rapidly growing sport. Support for one another in our endeavors and the overall enjoyment of being involved in triathlon is at our core.

Our name comes from the ancient Kingdom of Dalriada which encompasses the geographical area of our membership. The logo chosen to represent our club is taken from the Bann Disc, an Irish Iron Age bronze disc found in the sand and gravel close to the nearby River Bann in 1939. For us, the 3 outer swirls represent the three disciplines of triathlon: Swim, Bike and Run.