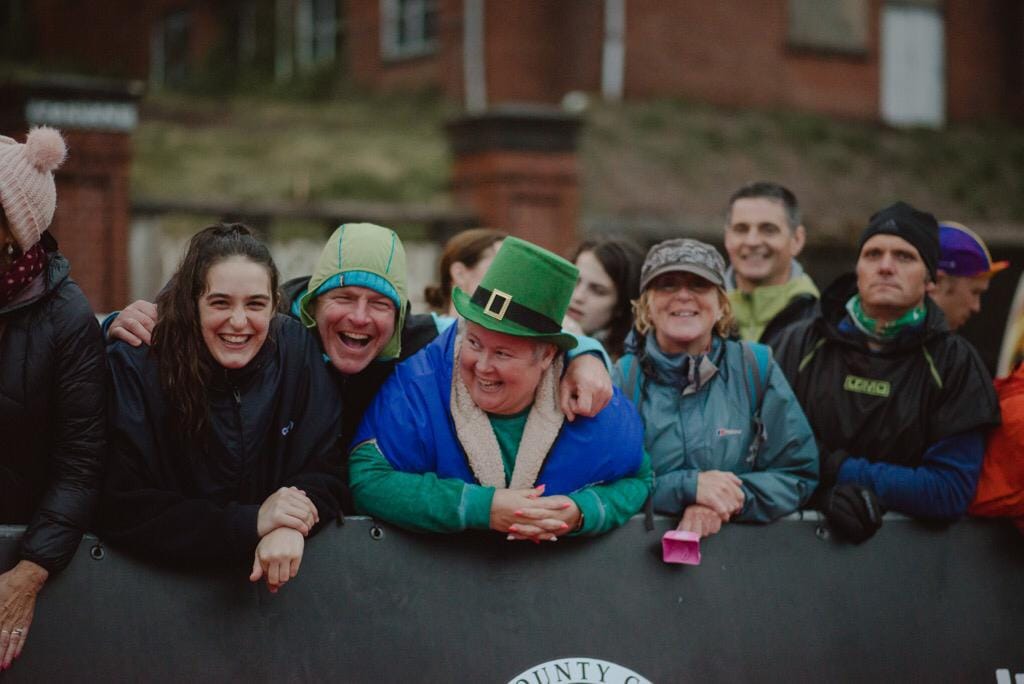 With over 40 race participants at 13 different events, June has been a busy month for Riada club members. As usual, it’s great to see other non participating club members and families travelling and offering the very welcomed support, cheering, dancing and cow bell swinging and of course, our very own famous leprechaun cheerleader, even putting on a wetsuit to brave the conditions in Cork!! Here’s a brief overview of what’s been going on…..

1st June
Starting off the month in Camlough, Denise Brewster and Andrew Spence raced at the Crooked Lake Triathlon.

Meanwhile in Newcastle, Co.Down, Paul Esler took on the mighty Mourne Way Ultra – all 😳52😳 miles……. His finish was never in doubt! Huge respect Paul, with a fabulous finishing time of 12:29

19th June
Graeme Potter ran the Lisburn Half marathon, getting prepped up for Antrim coast road marathon later in the month!!

22nd June
All the way to Sligo for Neil Ramsbottom who completed the Mullaghmore Sprint triathlon.
Meanwhile in Portballintrae, Rob Lawrence swam as part of a relay at the Portballintri charity triathlon.

Same weekend at the opposite end of Ireland, there was a great troop of competitors and supporters who enjoyed sunshine the day before and the day after Ironman Cork, but, even though the severe weather conditions on race day resulted in the swim being cancelled, it didn’t dampen the spirits of those participating or the supporters! Ross went well prepared with his wetsuit on under his leprechaun outfit and all the hours training paid off for
Richard Baker, Heidi Clarke, Susan Brown, Kyle Leckey and Mark Allison. Unfortunately for Simon Evans, an old knee injury cut his race short but I’m sure he’ll be back😉
Not forgetting the amazing supporters who cheered and encouraged and recorded live footage for the rest of us at home to embrace the moments! Thanks to Eddie, Tricia, Stephanie, Emma, Ross, Elaine, Neil, William and Rob.

Meanwhile, on the other side of Belfast Lough, Eddie Hampton, Simon Daly, Chris Millar and David McAvoy took part in the Belfast Titanic races, with Eddie, Simon and Chris in the Olympic race and David in the Sprint. Great results from everyone with David McAvoy just missing out on a place on the podium, finishing 4th overall.