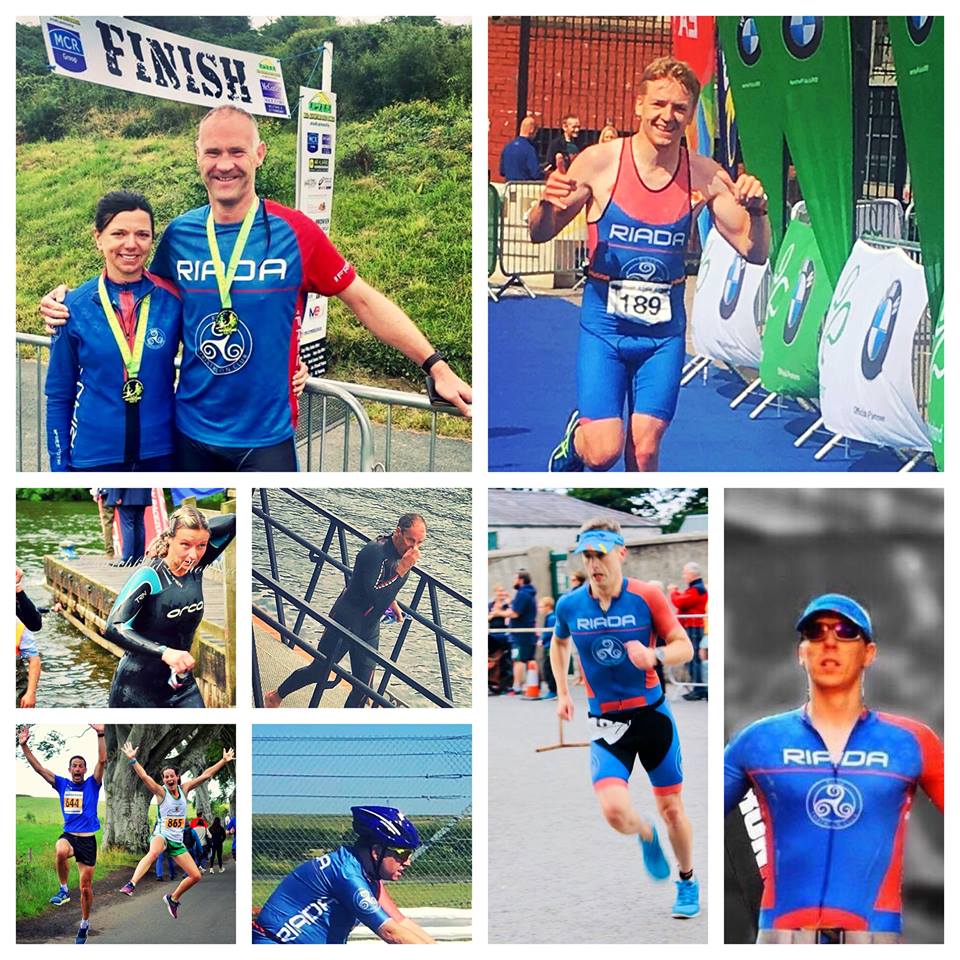 On Saturday we had Nigel McKnight back racing on what appears to be his favourite course at the Kirkistown duathlon! Meanwhile in Co Donegal we had Gareth and Sonia Knox do battle at the MAD adventure race. Sonia continues her successful season with 2nd place overall female. Graeme Morrison and Richard Baker ran the Dervock half marathon. Their times would indicate they did not get distracted by the splendour of The Dark Hedges.

On Sunday, we had Chuck Russell, Graeme Potter and Davy McAvoy racing at the Titanic Triathlon, Belfast. Chuck won his age group and David gained 3rd place overall, for the third year in a row!! Congrats also to Donna McConkey taking time out from club photography duties at the Titanic triathlon, to take on the challenge of the Great Belfast Swim.

Last but not least- Hall Booth……… fully indoctrinated into the ‘happy clappers’ and reaping the rewards of triathlon training- for the first time in all his years of cycling, achieved a sub 22 minute 10 mile TT (21 mins 50 to be exact!)